Respiratory system includes all the organs and tissues associated with the exchange of gases between an animal and its environment, leading to the release of energy in the ecosystem.

The purpose of respiration is to supply oxygen to the cells which oxidize or bum down the food to release energy. 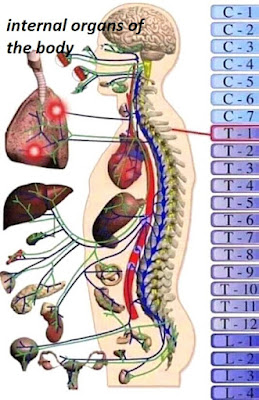 most important organ of respiration

The most important organ of respiration in all land animals is the lung, while aquatic animals like fish use the gills to respire. Other organs associated with respiration are the nostril and diaphragm.

The lung is located in the thoracic cavity of farm animals. The atmospheric oxygen .passes through the nostrils, the pharynx, larnyx or voice box bronchi and to the lungs 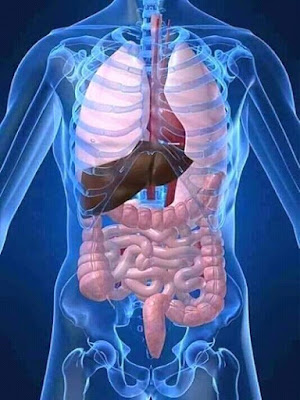 . The movement of oxygen through these organs finally terminates in the alveoli where exchange of gases (oxygen and carbon dioxide) takes place.

Breathing involves two processes:
(1) Inspiration (Inhalation): This involves the breathing in of air into the lungs. During the process, the following take place within and around the lungs.

(2) Expiration (Exhalation):This involves the breathing out of air from the lungs. During the process, the following take place within and around the lungs.
(i) The diaphragm relaxes and returns to its dome shape.
(ii) Intercostal muscles relax and the ribs are lowered.
(iii) The sternum moves backwards.
(iv) Volume of thoracic cavity therefore decreases; pressure in the lungs is increased and carbon dioxide is expelled from the lungs.

This oxygen is used to oxidize food substances in the mitochondria of the cells during tissue respiration to release energy used by farm animals for movement, growth, reproduction and other body metabolic activities.