Holozoic organisms are organisms that feeds on other organisms or solid organic food substances synthesized by green plants.

these feeding mechanisms include

Holozoic nutrition (Greek: holo-whole ; zoikos-of animals) is a type of heterotrophic nutrition that is characterized by the internalization (ingestion) and internal processing of gaseous, liquid or solid food particles.[1] Protozoa, such as amoebas, and most of the free living animals,such as animals, exhibit this type of nutrition. the energy and organic building blocks are obtained by ingesting and then digesting other organisms or pieces of other organisms, including blood and decaying organic matter.

This contrasts with holophytic nutrition, in which energy and organic building blocks are obtained through photosynthesis or chemosynthesis, and with saprozoic nutrition, in which digestive enzymes are released externally and the resulting monomers (small organic molecules) are absorbed directly from the environment.

which often occur in separate compartments with in holozoic organismsn an organism (such as the stomach and intestines):

In animals, this is merely takes place by engulfing the food totally in the mouth. In protozoa, this most commonly occurs through phagocytosis.

TAPEWORM is a holozoic organism. A typical example of an organism possessing the sucking or absorbing mechanism is the tapeworm.

The tapeworm is an endoparasites which carries out parasitic feeding on its host like humans. The tapeworm has no mouth but can only absorb digested food nutrients from the intestine of its host.

BITING AND CHEWING MECHANISM OF FEEDING IN HOLOZOIC ANIMALS:

These mouth parts are
i. LABRUM OR UPPER LIP: THE GRASSHOPPER HAS UPPER LIP OR LABRUM WHICH PREVENTS FOOD FROM FALLING OUT
ii. MANDIBLES: the grasshopper or the cockroach has or possesses a pair of mandibles which are heavy, toothed and jaw-like structure used for cutting and chewing food materials
iii. MAXILAE: the grasshopper or cockroach has a pair of Maxillae which serves as biting blade. This breaks down the food which the mandibles have chewed into smaller particles
iv. LABIUM: the labium also known as the lower lip prevents the wastage of food from the mouth

There are three popular organisms which exhibits sucking mechanism. These organisms are mosquito, butterfly and housefly. They insects have different modifications of mouth marts adapted for feeding on food through the mechanism of sucking.
So let’s treat them one after the other
THE MOSQUITO
i. Mosquito as an example of sucking insect: the mosquito possesses a piercing mouth part called the proboscis. The proboscis is used for sucking the blood of man and other animals
ii. The mouth parts altogether form a strong stylet capable of penetrating into the skin to suck
iii. The stylet except the labium is sharp and pointed to ease penetration into the skin
iv. The mouth of a typical mosquito can produce saliva to prevent clotting of blood while it is being sucked in
v. The mosquito has the ability to fold back the labium easily so as to allow the stylet to perform its work of penetration of the skin to suck blood

SUCKING MECHANISM OF THE BUTTERFLY 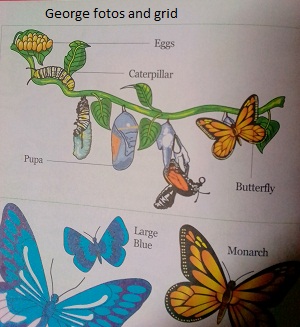 SUCKING MECHANISM OF THE HOUSEFLY

i. They possess different types or sets of teeth
ii. The teeth are strong and hard to withstand biting, chewing or grinding and cracking of solid food like bones
iii. The possess incisors which have sharp and flat edged used for biting off bits of food

iv. Animals have pointed canine teeth used for tearing solid food
v. There is the presence of pre-molars and molars with undulating and wide surface to enable grinding of food
vi. The absence of front teeth or incisors in herbivores like sheep is a special adaptation as it helps to grip the grasses during feeding by the animal.

i. Sundew for example is capable of trapping insect by undergoing nastic movement in response to touch from the body of the insect
ii. The sundew leaf has long hairs which carry digestive glands
iii. Insect landing on these hairs causes other hairs to coil over it
iv. The sundew is capable of secreting a fluid rich in enzymes to digest the insect externally

v. The protein so synthesized is easily absorbed by the carnivorous plant into its body 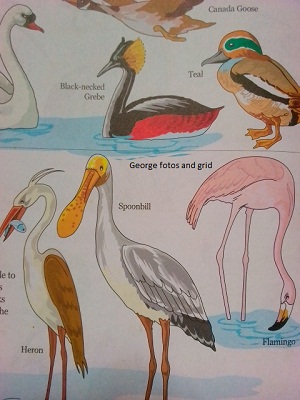 thanks for coming to read some of our post. thereare more, just useoour search box and explore all there is