In order to understand the Mendelian Laws and its usefulness in plant breeding, it is important to know some technical words which we shall come across in crop improvement.

(i) Genes: Genes are hereditary units or basic units of inheritance. They are located in chromosomes and responsible for the transmission characters from parents to offspring

(ii) Chromosomes: Chromosomes am rod or thread-like bodies found n the nucleus of a cell. The chromosomes house or contain the genes.

(iii) Characters or traits: These are the inheritable attributes or features possessed by an organism, e.g. colour, seed size, plant height, plants.

(iv) Gamete: Gamete is a matured sex cell which takes part in sexual reproduction. There are two types of male gamete or spermatozoon (animals) and pollen grains (in plants) and female gamete, egg or ovum (in animals) and ovules (in plants). Gametes are usually haploid.

(v) Zygote: Zygote is a single cell formed as a result of the union of a male gamete with a female gamete. Gamete is usually diploid.

(vi) Allelomorphs: Allelomorphs are pairs of genes on the position of a chromosome (i.e. locus) that control contrasting characters. A pair allelornorphs are called allelic pa while each member of the pair is t allele of the other.

(vii) Phenotype: Phenotype is the sum total of all observable features of an organism, i.e. the physical, physiological and behavioural traits, e.g. height, weight and skin colour. 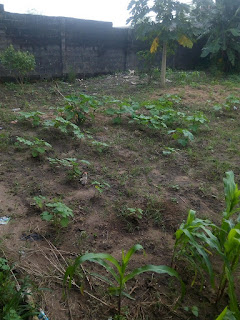 (i) Dominant character: This is a trait or character that is expressed in an offspring when two individuals with contrasting characters or traits are crossed. Dominant genes on the other hand are genes which control dominant characters. For instance, in a very tall plant, there may be the gene for shortness but the gene has no influence on the gene for tallness.

(iii) Homozygous: An individual is said to be homozygous if it has two similar genes for the same character, i.e., it has two identical alleles at the same position on a pair of chromosomes; the pair of genes controlling a given pair of contrasting characteristics are identical, e.g. (TT) for tallness or (tt) for shortness.

(xi) Heterozygous: An individual is said to be heterozygous if the two members of a pair of genes controlling a pair of contrasting characters are different, i.e., it has two different or contrasting alleles located on the same position on a pair of chromosomes, e.g. (Tt) for tallness or a plant with Regenetic composition has a heterozygous red flower plant.

(xiv) Hybrid: Hybrid is an offspring from a cross between parents that are genetically different but of the same species.

(xvi) Locus: Locus is the site for location of a gene in a chromosome.

(xvii) Haploid: Haploid is when an organism has one set of chromosomes in the gamete. Gametes at certain stages in the life cycle of plants are haploid. It is represented by small letter n.

(ii) Mutation: Mutation is a change in the genetic make-up of an organism resulting in a new characteristic that is inheritable.

(iii) Back cross: Back cross is the crossing of an organism with the homozygous recessive organisms from the original parental generation.

(xxi) Test cross: Test cross is the crossing of an organism with the homozygous recessive organism. Back cross and test cross are used to determine the genotype of organisms showing dominant phenotype.

(xxii) Test cross: Test cross is the crossing of an organism with the homozygous recessive organism. Back cross and test cross are used to determine the genotype of organisms showing dominant phenotype

Gregor Mendel (1822 – 1884) was a monk in an Augustinian monastery in Brunn, Austria. He often regarded as the father of genetics because his work formed the foundation for scientific study of heredity and variation. MENDELIAN LAWS OF SEGREGATION, INHERITANCE AND GENETICS

Gregor Mendel carried out several experiments on how hereditary characters are transmitted from generation to generation. He worked with garden pea (Pisum sativum). His major aim was to find out the pattern of inheritance of different characteristics on the pea plant.

METHOD USED BY MENDEL IN HIS EXPERIMENT

Mendel used artificial method to cross two different plants at a time, which differed in one pair of contrasting characters, e.g tall and short plants. This procedure was called a monohybrid inheritance and it was an example of complete dominance.
He carried out the experiment in the following order.
(i) He planted tall plants for several generations and discovered that the plants produced were all tall plants. In the same way, he planted short plants for several generations and discovered that the plants produced were all short.
(ii) He proceeded to plant tall plants and short plants. By the time the flowers were produced, he collected the pollen grains of the tall plants tagged the male and pollinated the stigma of the short plant tagged the female. He also collected the pollen grains of the short plant and place them on the stigma-plant of the tall plant. Mendel then covered the artificially pollinated flowers with small paper bags to prevent the chance of natural pollination by insects.MENDELIAN LAWS OF SEGREGATION, INHERITANCE AND GENETICS
(iii) Mendel once again picked the seeds formed after the cross. When he planted the seeds, the plants obtained were all tall plants. These he referred to as the first filial generation or F.
(iv) Mendel then crossed the F, plants, collected their seeds and sowed them. The plants he got from these were tall and short plants in a ratio of 3:1 respectively. He then called this stage the second filial generation or F.

Law of segregation of genes/MENDELIAN LAWS OF SEGREGATION, INHERITANCE AND GENETICS
This first law is also called the

law of segregation of genes

Note: Letters are used to represent the genotypes of the traits. In the case of complete dominance, the capital letter form of the first letter of the dominant trait is used to denote the dominant gene. The small letter form of it is used to represent the recessive gene. MENDELIAN LAWS OF SEGREGATION, INHERITANCE AND GENETICS
Since tallness in the plant is dominant over shortness,
(i) T represents gene for tallness.
(ii) TT represents genotype of the pure breeding tall plants. Such a plant is described as homozygous for tallness.
(iii) t represents gene for shortness.
(iv) tt represents genotype of the pure breeding short plant, homo-zygous for shortness.
(v) A cross between two organisms is shown by a multiplication sign x.
(vi) Each gamete is represented by only one encircled letter, i.e. (T) or (t) depending on the trait being discussed. This is in compliance with Mendel’s law of segregation of germinal units.
(vii) A heterozygous individual is represented by one dominant gene and one recessive gene, i.e; Tt. Such individuals are called carriers of a trait. MENDELIAN LAWS OF SEGREGATION, INHERITANCE AND GENETICS