Nitrogen cycle is nature’s way of regulating the amount of nitrogen to the soil.

These are the ways by which nitrogen is added to the soil in the Nitrogen cycle:
(1) Direct fixation by lightning during rainfall (Electrical discharge).
(2) Incorporation into the soil by free living bacteria or non-symbiotic bacteria.
(3) Nitrogen fixing bacteria in the root modules.
(4) Decomposition of organic matter
(5) Application of nitrogenous fertilizers
(6) Ammonification
(7) Nitrification

Soil can gain nitrogen through the following ways:

Some bacteria, such as rhizobium leguminosarum, which live in the root nodules of legunminous plants can fix atmospheric nitrogen directly into the plant. The plant supplies carbohydrate for use by the bacteria while the bacteria supply the plant with combined nitrogen.

: Some bacteria such as azotobacter and clostridium also Live freely in the soil and can fix atmospheric nitrogen into the soil either aerobically or anaerobically.

The process involving the formation of ammonium and decaying plants and animals and their waste products like urine and feaces is called ammonification. A further reaction known as nitrification involves the conversion of ammonium compounds first to nitrite by nitrifying bacteria called nitrosomonas. These nitrites are converted by oxidation to nitrates by another bacterium called nitrobacter. Plants can only absorb nitrates from the soil.
(5) Application of Organic Manure and Nitrogen Fertilizers: These also add or supply nitrogen to the soil.

WAYS BY WHICH SOIL NITROGEN IS LOST FROM THE SOIL

(i) Putrefaction: Decay of plant and animal remains into simpler nitrogenous compounds by micro-organisms
(ii) Amminization: Products from putrefactions reaction converted to simple amino compounds and amines
(iii) Ammonification: Conversion of amino compounds and amines into ammonium (NH2 +) compounds
(iv) Nitrification: Oxidation of ammonium compounds into nitrites and nitrates.
Carbon cycle
involves the series of processes which contribute to the circulation of carbon in nature.
i. Carbon dioxide is removed from the air mainly by photosynthesis during which plants use it to manufacture their own food.
ii. Carbon is lost in form of carbonates of calcium and magnesium through leaching and drainage
The atmosphere gains carbon dioxide through
i. Burning of fuel like coal and wood,
ii. The action of volcanoes which releases carbon dioxide
iii. The respiration by plants and animals
iv. The death, decay and putrefaction of plants and animals,
v. Diffusion of carbon dioxide form sea and other bodies of water, acting as reservoir of carbon dioxide
Importance of carbon cycle
i. Plants use carbon dioxide obtained from the air to manufacture their food during photosynthesis
ii. It provides carbon which is the major building block of all organic matters
iii. It helps to purify the atmosphere and also to maintain atmospheric level of carbon dioxide
iv. Organic matter which is made form carbon helps replenish the soil nutrients
HERE YOU WILL FIND EVERY AVAILABLE TOPICS ABOUT AGRICULTURAL SCIENCE AND BIOLOGY. AND THE LINKS TO THEIR VARIOUS SOURCES.
1. ENVIRONMENTAL FACTORS AFFECTING AGRICULTURAL PRODUCTION
2. DISEASES
3. 52. SOIL MICRO-ORGANISMS
4. ORGANIC MANURING
5. FARM YARD MANURE
6. HUMUS
7. COMPOST
8. CROP ROTATION
9. GRAZING AND OVER GRAZING
10. IRRIGATION AND DRAINAGE
11. IRRIGATION SYSTEMS
12. ORGANIC MANURING 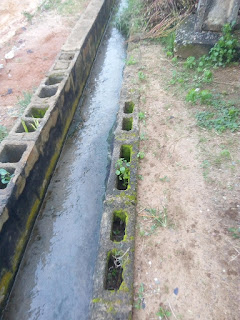 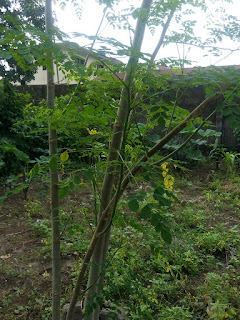