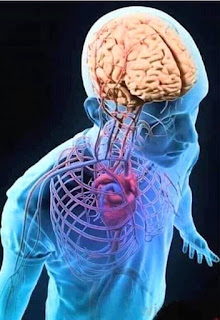 Blood is a fluid tissue. It is made up of two parts:
The fluid plasma and the blood cells or corpuscles.

(1) Plasma: Plasma is the liquid portion of the blood. It is made up of water, blood protein like globulin, fibrinogen, prothrombin, dissolved mineral salts and other organic substances like hormones, enzymes, digested food and waste products within the body.

(2) The blood cells (corpuscles): There are three blood cells or corpuscles. These are
(i) Red blood Cells (Erythrocytes): These are biconcave and circular in shape, non-nucleated when matured. They are manufactured by the bone marrow and any excess is stored in the spleen. Erythrocytes contain an iron pigment called haemoglobin which helps to transport oxygen.
(ii) White Blood Cells (Leucocytes): They are irregular in shape, larger but fewer than red blood cells. They have nucleus and are produced in the lymphatic tissues. The phagocytic leucocytes attack and destroy foreign organisms in the body. In other words, white blood cells defend the body against foreign germs.
(iii) The Blood Platelets (Thrombocytes): They are irregular or star-shaped, tiny and non-nucleated. They are produced in the red bone marrow. The white blood cells are responsible for the clotting.

FUNCTIONS OF THE BLOOD

(1) It maintains body temperature by distributing heat during circulation.
(2) The red blood cell carries oxygen with the help of hemoglobin to different parts of the body.
(3) It transports hormones from ductless glands to their areas of activities
(4) It transports waste products like carbodioxide, mineral salts, urea, water to where they are removed.
(5) Leucocytes help to defend the body against germs
(6) It helps in blood clotting with the aid of platelets.
(7) It also helps to transport digested food to the cells
(8) It also helps to maintain the water level of the body

The heart is the most powerful organ in the circulatory system. It helps to pump blood round the body. Each pumping action of the heart is known as heart beat. 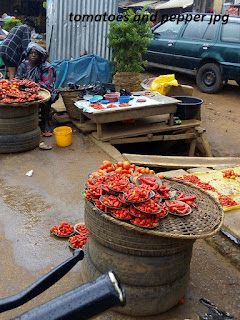 The heart is made up of muscles called the cardiac muscles which contract and relax continuously, making the heart to beat ceaselessly. It is covered and protected by a thick membrane called pericardium which keeps the heart in good position in the thoracic cavity.
The heart consists of four chambers: The upper auricles (right auricle and left auricle) and the lower ventricle (right ventricle and left ventricle the heart into right and left halves
Between the left auricle and the left ventricle is an aperture guarded by a biscupid or mitral valve and another valve. The triscupid and the right ventricles. These valves only permit one direct flow of blood.
Heart beat occurs in two stages:
(i) Diastole (ii)systole
(i) Diastole: At this stage, the two auricles contract, creating high pressure in the blood which causes the biscupid and triscupis valves to fold downward, thus allowing blood to flow from the auricles into the ventricles. Deoxygenated blood enters the right ventricle from the right auricle while oxygenated blood enters the left ventricle from the left auricle.
(ii) Systo: During this stage, the two ventricles contract, creating high pressure in the blood which causes the two valves to Close. Deoxygenated blood from the right ventricle passes into the pulmonary artery while oxygenated blood from the left Ventricle passes into the aorta. Whi1 this is happening blood from the body is filling up the auricles again. The first stage of the next heart beat then follows after a short lapse of time and the cycle repeats itself.

The blood vessels are the network of spaces in the body through which materials are moved from one part of the body to the other with the aid of blood.
There are three types of blood vessels these are:
(i) The artery which carries blood away from the heart. it is further divided to form arterioles
(ii) The vein which carries blood to the heart. It is further divided to form veinous
(iii) The Capillaries are tiny blood vessels found around tissues and organs where the artery and vein meet. It is at this region that substances diffuse in and out of the blood.

DIFFERENCES BETWEEN ARTERY AND VEIN

ARTERY VEIN
1 It carries blood away from the heart It carries blood to the heart
2 All arteries except pulmonary artery carry oxygenated blood All veins except pulmonary vein carry deoxygenated blood
3 It has a thick, elastic and muscular wall It has a thin, less elastic and non-muscular wall
4 It has valves to prevent reflux of blood No valves
5 It lies deep in the muscles It lies near the body surface
6 It has blood which flows rapidly under high pressure It has blood which flows under low pressure